Comic Draw from Plasq is a relatively new app out in the iOS appstore. Its aim is to be a feature rich comic app. If you just want to view comics that feature is available. However, if you are interested in creating your own comics that is where Comic Draw really becomes more fun….

You get a two week trial to see if you like it and then you can pay a one time fee of 9.99 . I think overall this is a great app- I didn’t love it but I will definitely keep it around to see how the developers continue to improve it.

Wrap-up– I would totally recommend this to someone that wants to draw comics or similar IF they had the extra cash for the app. I would first recommend someone try out MediBang first and compare it to Comic Draw during the trial. Overall I enjoyed it and will definitely check back in when updates roll out just to see what improvements have been made! 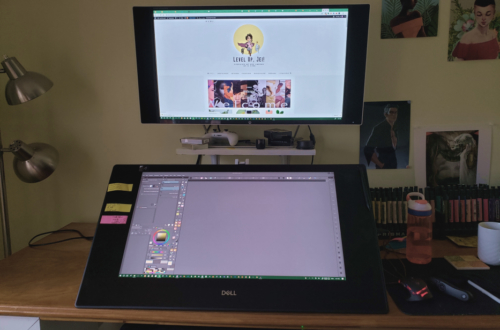