This info about the Rendering Settings come directly from a forum post by LuucEarth.

I found it incredibly helpful and want to keep it bookmarked for myself as well. Do check out the rest of the thread though for other gems!

Controls the minimum number of samples that need to be rendered per render call in the progressive render loop.

The update interval time in seconds is compared to the rendering time since the beginning of this batch render call. This acts as a hint to the renderer. Longer times will generally increase rendering efficiency, while shorter times yield more frequent updates.

Controls the minimum number of samples that need to be rendered before the progressive render loop is allowed to terminate by any of the termination criteria.

The maximum time in seconds is compared to the rendering time since the beginning of this progression. The render call will return 1 if the rendering loop is terminated by this termination criterion.

A convergence estimate for a pixel has to reach a certain threshold before a pixel is considered converged. This attribute is a relative quality factor for this threshold. A higher quality setting asks for better converged pixels, which means a longer rendering time. Render times will change roughly linearly with the given value, i.e., doubling the quality roughly doubles the render time.

If the progressive rendering quality is enabled, this attribute specifies a threshold that controls the stopping criterion for progressive rendering. As soon as the ratio of converged pixels of the entire image is above this given threshold, Iray Photoreal returns the final result for forthcoming render requests. Additionally, the render call will return 1 in this case indicating to the application that further render calls will have no more effect. Note that setting this attribute to a value larger than the default of 0.95 can lead to extremely long render times.

Bounds the maximum number of vertices (bounces) of light paths to contribute to the result. Since this setting cuts off indirect lighting contributions (one example would be the headlight of a car that depends on a lot of indirect effects to look correct), it should only be applied when the rendering has to be accelerated at the expense of physical accuracy.

The Iray Photoreal architectural sampler can be used to improve the convergence speed of difficult scenes, as such complicated lighting scenarios can then be handled much more efficiently with this sampler. A common scene type that profits from this specialized sampler is indoor architectural visualization, especially if it is mostly illuminated by indirect lighting. One specific example would be a room that is illuminated by light sources placed in neighboring rooms or by outdoor lighting (such as the Sun and Sky model) shining through a small window.

Controls a built-in filter to reduce bright spots that may occur under some difficult lighting conditions. Such bright undesired pixels are often called “fireflies”.

This specialized post filter reduces initial high variance noise without sacrificing overall sharpness. It is particularly useful for removing isolated bright or very dark pixels that result from certain kinds of disadvantageous chains of scattering events. This filter is intended to be used only during the initial rendering phase, mainly to smoothen out the yet unfinished simulation results. Note that the overall rendering performance can be reduced noticably on low-end CPU cores.

Selects one of several additional post filters that can reduce low frequency noise without sacrificing overall sharpness. These are intended to be used in the final stage of the rendering phase, mainly to reduce remaining subtle grain in difficult areas of a scene. There are five different filters to select from

Modes 1 to 3 are working very conservative and should thus be safe to use in general, modes 4 and 5 are considered to be more agressive and should be used with caution, especially if the scene features fine details in either geometry or applied materials. As these filters can be tweaked during the rendering process, it is recommended to experiment with different radius settings to achieve best results.

This value should be reduced if the filter smoothens out edges, and increased if some noise still remains in the image.

Modes 4 and 5 feature an additional setting that limits the influence of neighboring pixels if the brightness is too different. 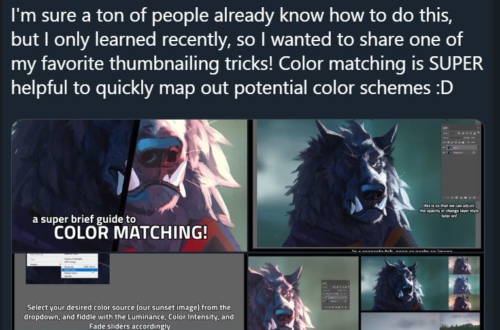 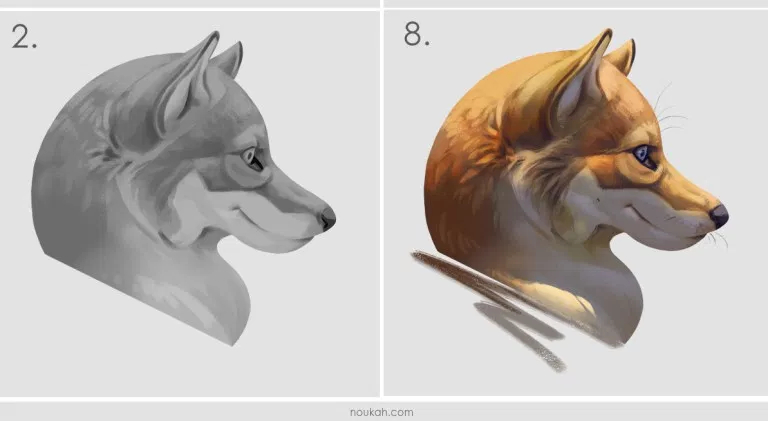 A Gradient Map Tutorial by Noukah