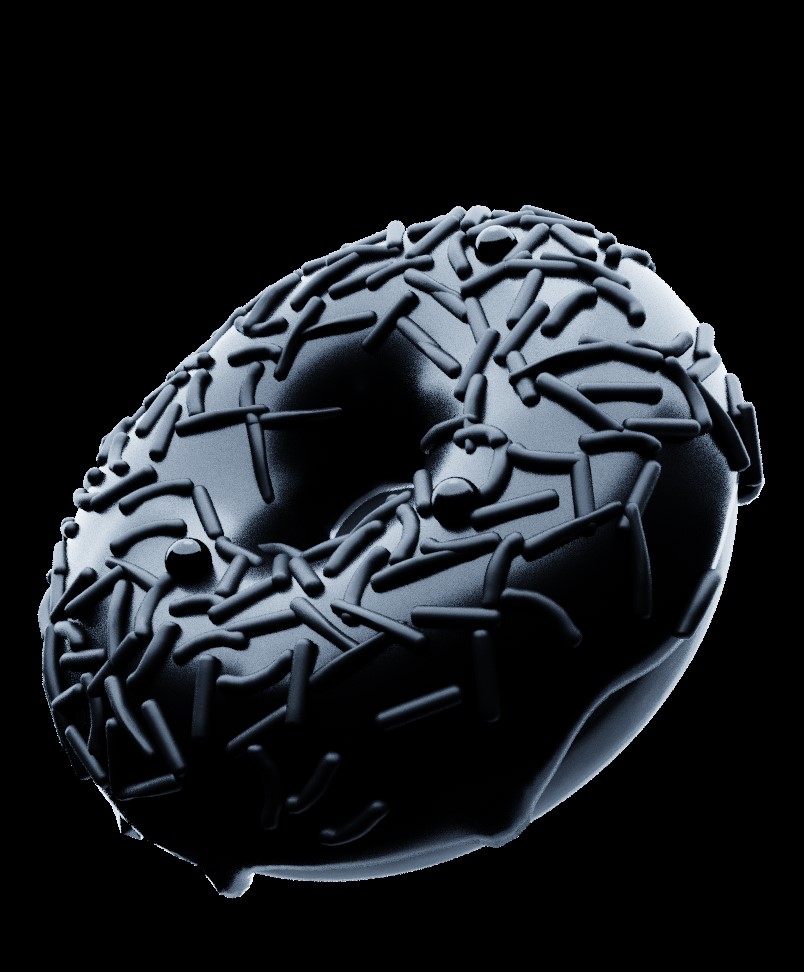 Been busy applying to a lot of things and getting sooo close that the final ‘no’s feel a bit more personal even when the emails aren’t. So taking time to say ‘yes’ to myself and the things that excite me to create more art of. With that in mind I’ve been pushing myself to try the things I’ve wanted to do but avoided because they either seemed too convoluted to get into or not sure my pc could handle it. The first being Blender. Where to even start with a program that does so much.

So I did what I’ve tried in the past and started with the (in)famous donut tutorial. I am so glad I did not know it was 10+ videos from the start. I think it was a really easy to follow intro and great to stop/start in parts to replay things that didn’t make sense. The comment section though was really what made it especially great for a newbie since so many people have done it and many encountered similar problems almost all my problems could be solved by checking out the comments. The biggest benefit to doing the whole series imo was becoming more comfortable with using Blender and getting an idea about what all it can do (so much!). I’m proud to say I finished it after many attempts in the past.

Not sure the best way to export as a gif but that is for another time I guess. I immediately moved to the next tutorial by TipTut on Youtube doing Zelda shrooms. Still beginner friendly but not as hand-holdy which was perfect after the donut tutorial.

After Zelda shrooms I started working on a sculpting tutorial. About that time I realized as the sculpting tutorial was only 20 minutes but I was nearly 3 hours on the figure I was sculpting that I was going to have to be ok with allowing myself to not finish every tutorial I start. I think for my independent learning process there needs to be effort put in to finish a tutorial I think will be beneficial but also room to quit it without guilt if I find that it isn’t what I need or even to stamp a come back later on it.

So that’s where I am at the moment and trying not to get overwhelmed by all the things to learn but focus on moving forward.